Over the last couple of days, Clorox (CLX) has been on my watch list. I am looking for more stocks to short sell to protect my portfolio from a possible future downwards price move. 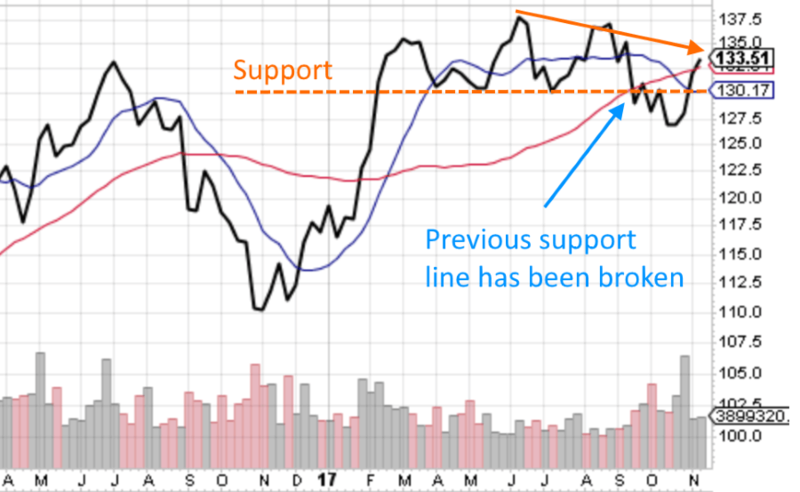 Its overall performance throughout 2017 has been mediocre in comparison to the entire market, but it did not show a major downtrend for most of the year. This might be about to change.

There are several signs of a potential reversal:

But compared to its competitors, CLX is not doing so bad…

Clorox is part of the Consumer Staples Sector. This sector has not performed well this year, but let’s have a look at the sub-sector (household goods) and Clorox’s direct competitors: 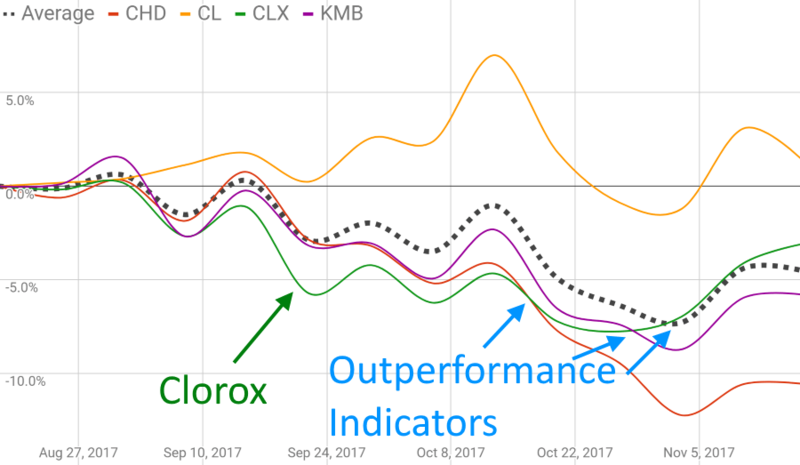 While at some point being the worst performer in this subgroup, CLX actually shows signs of outperforming its competitors. The performance chart shows that in mid-October it outperformed CHD, and by end of October also KMB.

It also outperformed the average of the 4 stocks.

How to short sell CLX (if you dare)

It’s important to realize that for every stock that you sell short (thinking it will go down in price), there is a buyer who thinks the opposite (it’s cheap hence a buying opportunity).

Such trades can go in either direction, depending on supply and demand. That’s why it’s important to set a correct stop loss.

The idea of putting the stop loss at 138.50 is that if it reaches this price, it surpasses the previous peak. That’s an indicator of a new uptrend, so that’s when I would want to bail out.

Rather briefly, here are the changes in sector trends: 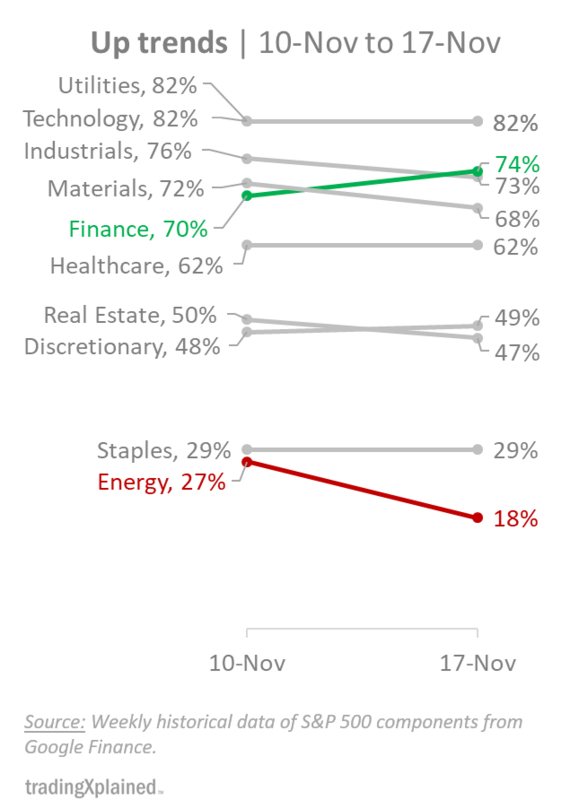 It looks like the Energy Sector is the biggest loser, but I would caution about that.

While it looks as if there is a steep change in uptrends for energy companies, look what is happening with the sector: 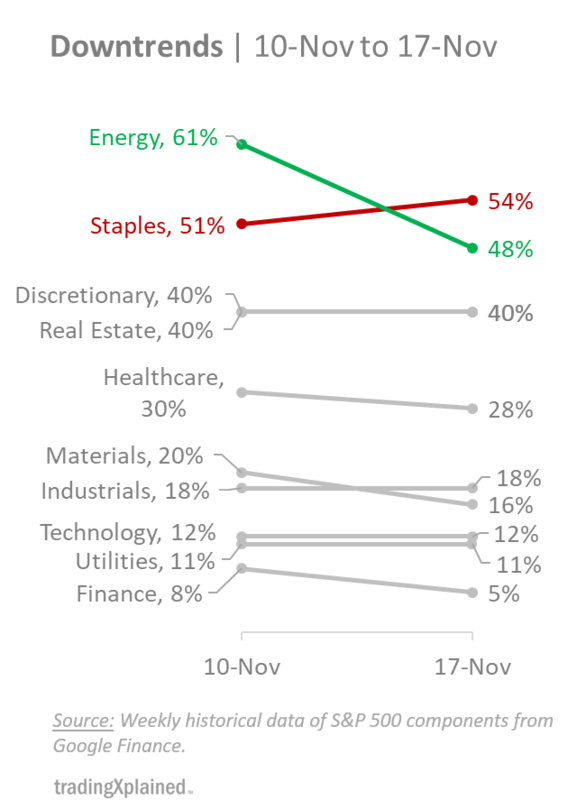 With previously 61% of energy companies showing a downtrend, this has now dropped to 48%… as massive change for the better.

The reason is that many energy stocks are on a sideways trend right now. Based on the last few weeks of data, I think this will turn into a more solid uptrend over the next few months.

That’s all for now! Happy trading! 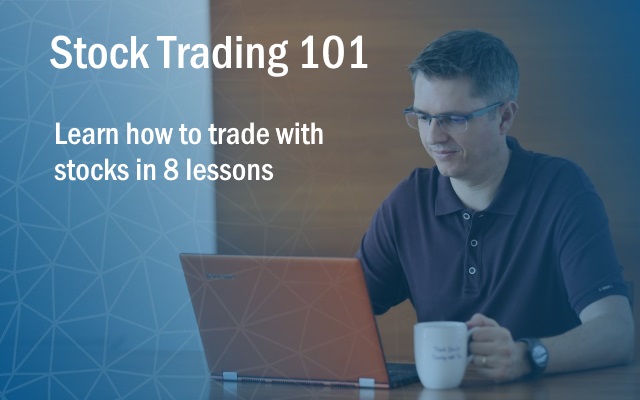 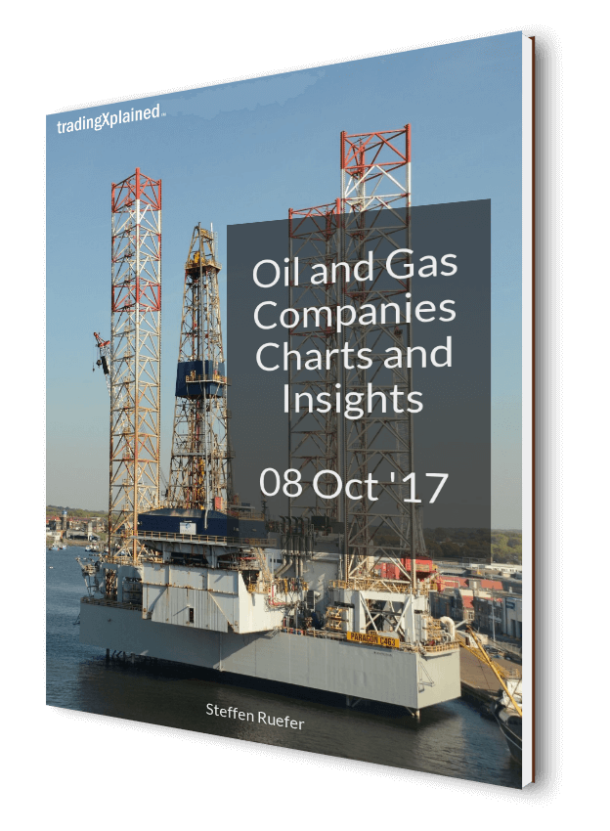 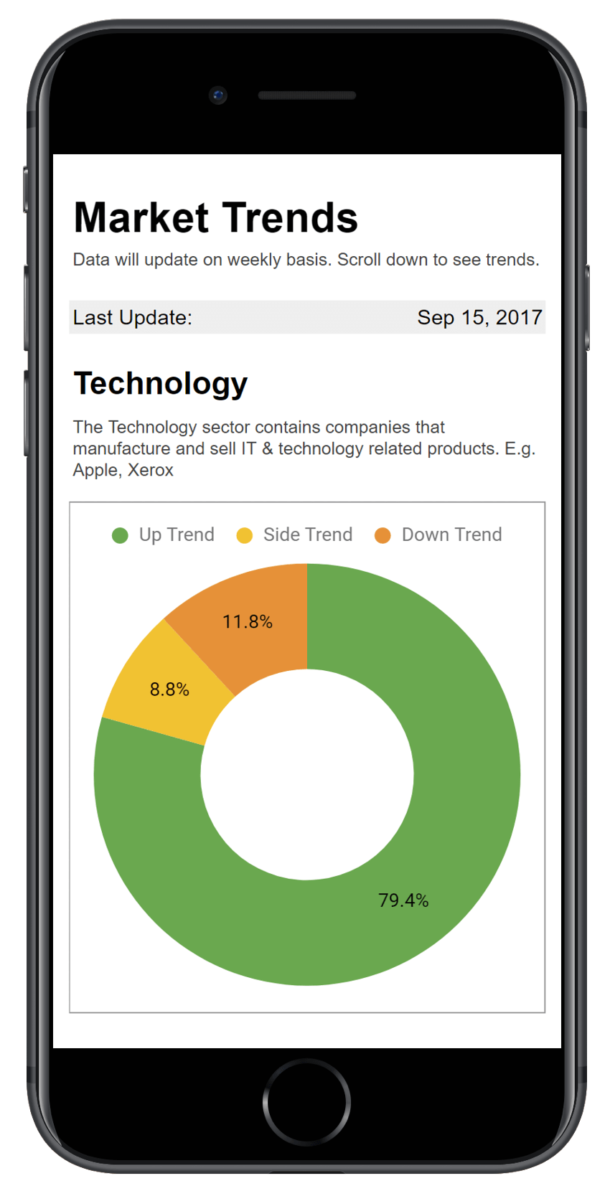